Keeping Gambling Out of Our Homes 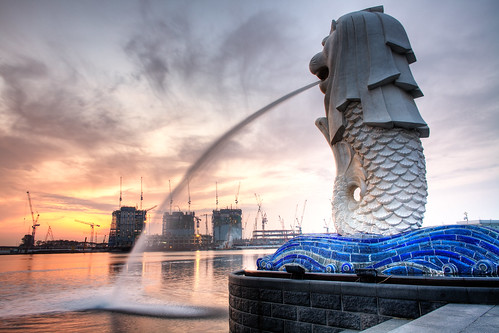 The building of two integrated resorts in Singapore was a major turning point in our nation’s history. It was the decision made after a long and hard debate that divided many in Parliament, and even drew agonised tears from some members when it was announced that we would go ahead with it. It was a direction that was very reluctantly chosen, and under great pressure given the economic situation at that time.

Yesterday, the Government exempted two organisations from the online gambling ban. There was no significant debate, no tears, and from my layman’s point of view, little reluctance.

One of the questions I get quite often when I run workshops for educators on keeping students safe online is: “What is the greatest threat to our kids?”. There isn’t one single “threat”, I’d explain, but the massive shift from desktop to mobiles has changed the game entirely.

Where once parents would place the family desktop in the living room so that all surfing could be supervised, children now grab mobile devices and take off to their own private corners. It has made supervision that much harder.

That is what happened today with gambling. Yes there are Singapore Pools’ stalls that dot every neighbourhood street corner, but the effort of actually walking there and queuing up was a natural barrier for the less habitual gambler. Now that these barriers are taken away, these stalls have made their way into our homes and our bedrooms.

You won’t find Singaporeans proud of our perpetually long lines for Toto tickets. In fact, many of us sigh under our breaths when our loved ones make the trip to donate the little they have towards this senseless pastime. It is a real battle in many households. So real that the government set up the National Council for Problem Gambling. I’m disappointed to not have heard from the council.

I wrote some years back about the search for Singapore’s semangat. Some principles we hold make us who we are in the world. A staunch stand against vice has historically been Singapore’s calling card. We’ve always acknowledged our frailties and worked hard to keep ourselves free from them. These exemptions, when passed with little or weak justifications, make a mockery of our principles and damage our identity.

So far, the only reasons for the online gambling exemptions that I’ve managed to glean from the news are

We need to weigh those reasons against the social cost. Right now we are emotionally drawn to the social cost because it is borne by families, perhaps our own or belonging to people we know and love. We need more information on how much damage these crime syndicates do to us. 120 people arrested in the past year and a half doesn’t quite tip the scales.

This is also posted on Medium.